Ruby Hill is a former waitress and a criminal associated with Rio. She is the wife of Stan Hill, the mother of Sara and Harry Hill and the best friend of both Beth Boland and Annie Marks. Ruby was originally an honest citizen but when her daughter got sick she was put into debt looking after her. Desperate for money to help her daughter, Ruby and her two best friends robbed Fine & Frugal. After this, their lives took a dark turn.

While studying on the porch of her house, Ruby witnessed a car crash into a couple trash cans and out of the car came a very young girl named Beth. Ruby offered to help drive the car through the neighbourhood with Beth and her little sister, Annie and she accepted. The three became the best of friends after that. At her father's funeral, Ruby couldn't find the strength to go inside the church and say goodbye to him and was comforted by Beth on a bench outside.[1]

At some point in her life, Ruby met and fell in love with Stan Hill and the two eventually married around 1996. Later in their marriage, Stan and Ruby had a daughter that they called Sara and even later, a son they called Harry.[2]

Ruby is the most innocent of the three girls. She is a devoted Christian that attends church with her family every week. In dire situations when Annie or Beth would be open to committing a serious crime, Ruby is usually the voice of reason. 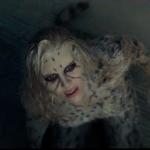 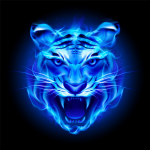